11/2021: Public health: What if doctors, vets, and ecologists worked together? 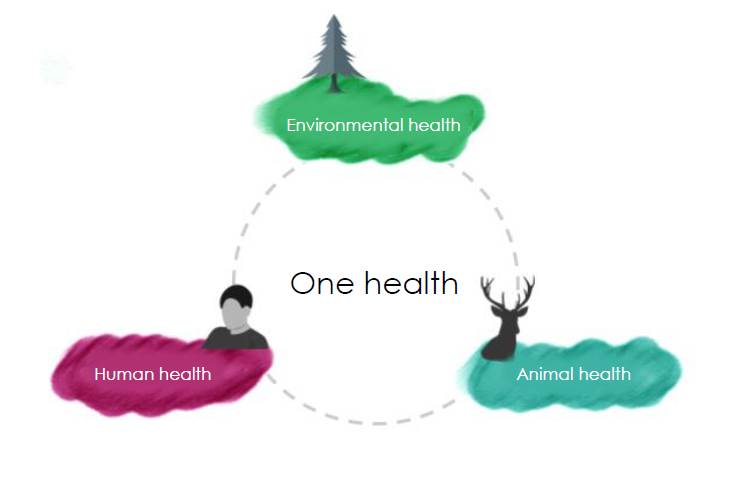 That humans have an impact on animals and the environment is common knowledge. However, we do not often stop to think that the opposite is also true. In fact, human health is much more closely linked to animal health and the health of the environment than we might think. This is what the concept of “One Health” stands for, which builds on and uses the interconnectedness of life to unify public, animal, and environmental health.

Why should human health be linked to animal and environmental health?

We know that more than half of all human infectious diseases are animal in origin. This means that there are microorganisms – bacteria, viruses – circulating in certain animal populations that can be transmitted to humans and give them diseases called zoonosis. These bacteria or viruses can be transmitted either by direct contact or through another animal called a “vector”. For example, Chikungunya, an infection caused by the Chikungunya virus, is transmitted indirectly to humans via a vector animal, the mosquito, which has previously fed on a contaminated animal, known as a “reservoir” animal.

What is the link with environmental health?

The environment affects the animal lives: their survival, reproduction, but also their distribution and movement. A changing environment can cause animals to migrate, to increase or decrease their numbers in the environment. In addition, all this affects the probability of encounters or contact between the various animals and consequently influences the probability of infectious agents’ transmission. This is how the bacteria and viruses responsible for zoonoses circulate, thrive, and/or die out in the environment. The emergence and re-emergence of these diseases are closely linked to the microorganisms ecology, the animal vectors,, and the reservoirs.

Lyme disease is the most common vector-borne zoonosis in Europe. Bacteria called Borrelia, which can be transmitted to us by a tick, which has itself become infected earlier on an infected vertebrate, cause it. This is how the Borrelia cycle works. These bacteria circulate in forests between animals. Moreover, the forests have sometimes changed: some large forests have been fragmented and become small wooded areas, others have grown in size. All this may have had an impact, one way or the other, on the animals and thus on the circulation of bacteria and the risk of disease.

This is how it works:

The tick can feed on a large number of animals that can harbor Borrelia and thus contaminate other ticks. However, not all these animals are equal when it comes to infection. Some are rather resistant while others are very susceptible to infection. For example, the deer is a quite resistant reservoir to Borrelia: although it is a meal of choice for ticks, it will hardly catch the bacteria and will transmit them little. In contrast, we consider rodents as highly susceptible reservoirs, and can infect many ticks in return!  This is why an environment favoring rodents more than deer, such as a small and fragmented forest, may be more infected with Borrelia. Some studies show that the more vertebrate animals there are in a forest, the fewer ticks there are infected, through a dilution effect of the reservoir animals in the environment. However, these results do not seem to be very noticeable in Europe. On the other hand, predators of reservoir animals do reduce the risk of Lyme disease.

Seeing our health as “One health”

Today, our lifestyles offer more opportunities for disease transmission between animals and humans. The increased movement of people, animals, and animal products leads to ever-closer contact between humans, and the wild and domestic animals. Disturbances in environmental conditions and animal habitats are factors that can increase the risk of transmission of new diseases.

With this in mind, the One Health concept invites human, veterinary, and environmental health professionals to collaborate and work together. It is important to understand and address this interdependence of humans, animals, and their shared environment in order to combat zoonotic diseases and maintain a healthy future for all of us. 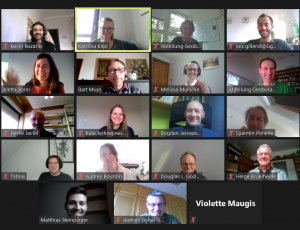